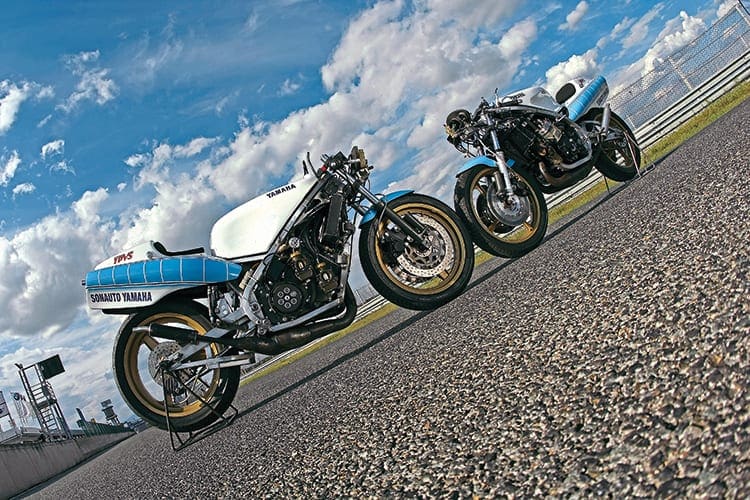 Yamaha’s RD56 factory racer which took Phil Read to the 1964 250cc World title really did use a disc-valve motor which profited from MZ technology – purloined by Suzuki from the DDR’s MZ, by enabling its rider-engineer colleague Ernst Degner to defect to the West in 1961 – that tech was widely shared and with Suzuki and Yamaha both based in Hamamatsu, Japan it’s not hard to imagine how that came about…

But when Yamaha finally entered the 500cc category in 1973, the OW19 in-line four which Jarno Saarinen took to victory in its very first race in the French GP at Paul Ricard, was a piston-port design.