He raced motorcycles that tied themselves up in knots.

He found that extra something that all champions manage to find. He took on – and beat – the best.

One big crash and 12 days later the racing was gone. 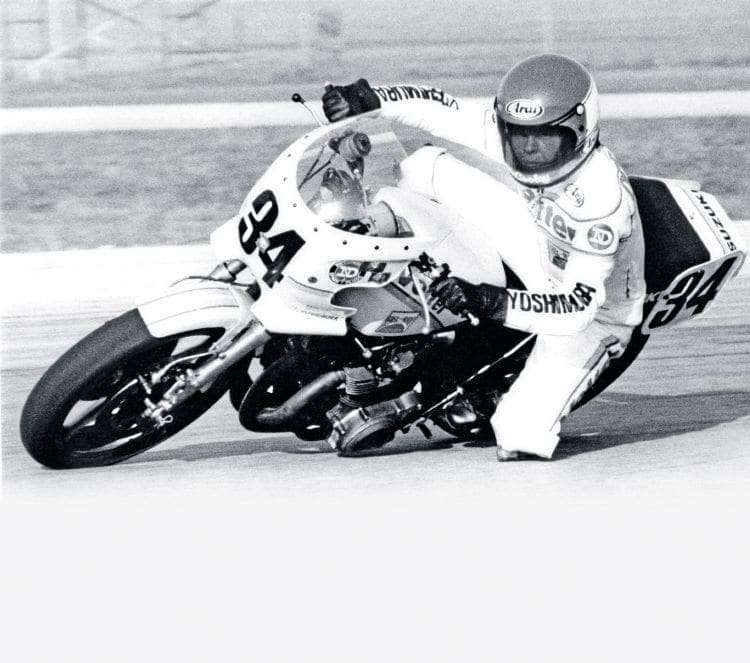 The twice champ from the glory days of US Superbikes had to find his life again.

Wes Cooley was born in 1956 and it was hardly a surprise that motorcycles would become a big part of his life. Wes: “The first motorcycle that I rode was a Suzuki 80, a step through, red and white, with a small fairing in front of it. It had leading link forks that were not really, as they were more like hinges that let the wheel go up and down. I rode it out in the desert mostly, out on the trails. The next bike I got was a Hodaka 90 (chrome tank/red frame). My dad belonged to a club called the Prospectors and we used to go out with them when they would have events. Mom wasn’t too involved with it, and my sister wasn’t born yet… Lisa is six years younger than me. Dad and I would go out and I’d get a bunch of my buddies from school to be corner workers at Willow Springs, Riverside, Saddleback, Carlsbad, El Toro…

“August 4th, 1970 was my first race. I remember the date exactly, it was at Willow Springs. Dad used to work for a pharmaceutical company and he was their big stick, they would send him all over internationally to clear up some of their operations. He was gone and it was myself, my mother and Dick Pierce was helping with all the side stuff. It was like 117 degrees in the shade. We would normally have about 110 people to go racing and this day we had something like 20 people show up. Dick Pierce came up to me and asked if I wanted to try this, he had a 200cc Greeves Silverstone road racer. I said: ‘Of course, but let me go ask Mom.’