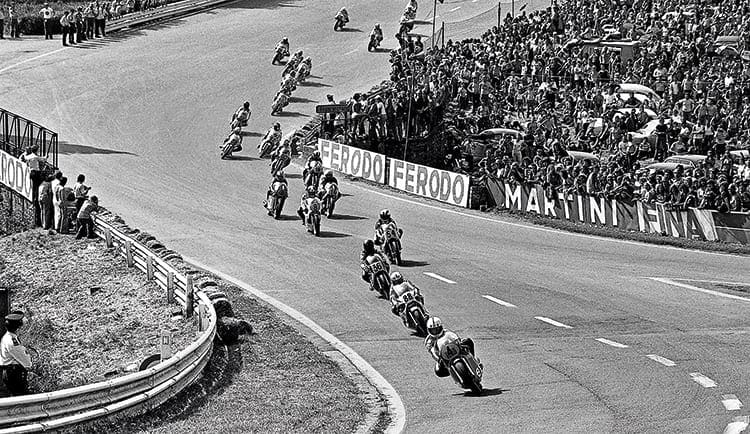 Right from the start of the race it was the two fast MVs that got away with seconds in hand over the chasing pack.

Indeed, by the end of that first lap it was the Italian Gianfranco Bonera and our own Phil Read who were both making serious headway from the chasing pack of Barry Sheene, Giacomo Agostini – on a modified Yamaha 0W23 – and 22-year-old John Newbold, on a Suzuki-GB bike.

There appeared little that anyone in the chasing pack could do about the quick-starting Italian machines and by lap four Sheene was a full eight seconds behind the two leading bikes.

Sheene refused to roll over though, and over the next three laps at Spa he found his form on the Suzuki, edging back Read and Bonera bit by bit until managing to pass the pair on lap eight. It was a brilliant scrap back to the front of the race.