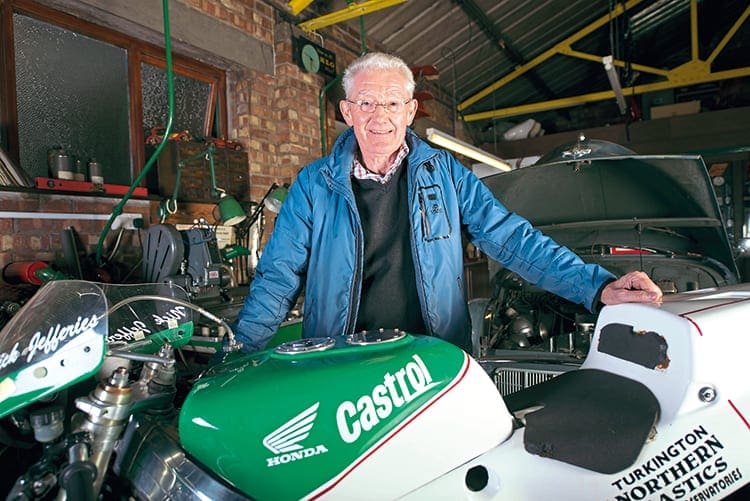 Tony was revered within the racing world for his ability to get the best from racing four-stroke engines, something he did from his modest workshop, a task he carried out in an equally modest way.

Working on everything up to and including factory Honda engines, the story goes that the top brass from the Honda factory in Japan were a little puzzled when they asked to visit Tony’s factory, only to be taken to his small, but operating theatre-like workshop.

Classic Racer sends belated condolences to all Tony’s family and his many friends around the world.