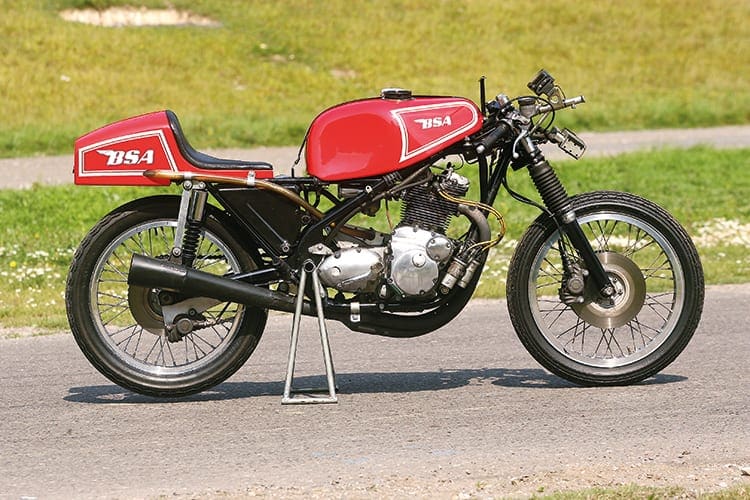 The Highboy-framed BSA-3 which Mike Hailwood raced in the 1970 Daytona 200 is in the Barber Museum in Alabama, but the fate of his 1971 Lowboy bike is less certain.

Taking the frame of a bike as its genesis, there’s a good case for identifying the bike pictured here as being that machine. It belongs to Surrey collector Mike Braid, who has a superb collection of historic race bikes ranging from the ex-Bill Ivy 650 Monard twin to an ex-Loris Capirossi Ducati V4 Desmosedici MotoGP racer.

After Hailwood’s retirement from the Daytona his BSA-3 was returned to the UK to be converted to short circuit spec and raced by Ray Pickrell in the debut Anglo-American Match Races held in 1971. On it, Pickrell won three of the six races held, but crashed in the final one at Oulton, sufficiently damaging the frame that it had to be replaced. The bent-up original acted as a jig for Triumph’s brought-in metal-basher Don Woodward, in manufacturing the two types of aluminium fuel tanks he built for Rob North’s new design of Lowboy frames. The Highboys had plastic resin tanks supplied by Screen and Plastics, who also made the bodywork, but the Lowboys were fitted with either a smaller, lower short-circuit aluminium tank with a single filler cap, or a larger Daytona version with twin caps, one for filling the tank and the other to let the air out.