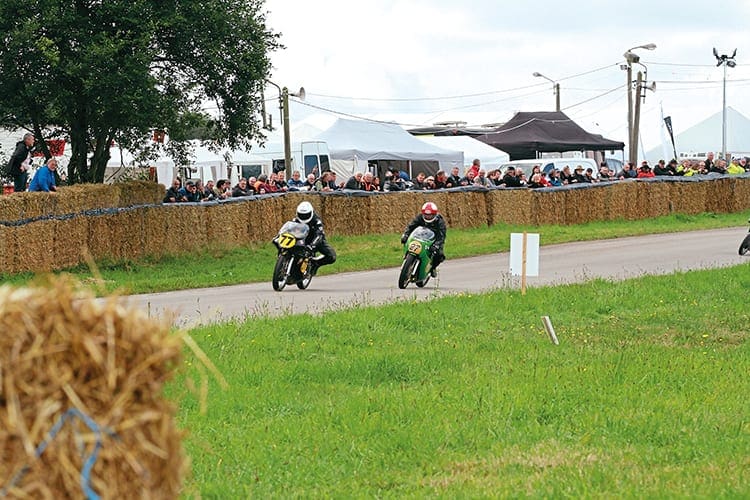 Local rider Alain Vandriessche was delighted to qualify on pole for the IHRO races one and two at Gedinne, a feat not lost on the Belgian crowds who love to cheer on one of their own and who drowned out the start of the race with a huge, enthusiastic roar.

When Alain reappeared at the end of lap one, still leading by half a wheel from Gary Thwaites, all those in the grandstand were on their feet and the roar followed the pair across the line and on down to the chicane where Alain, a little bit too determined to maintain his narrow lead, snatched a huge handful of brakes and dumped his beautiful Paton.

Gary Thwaites shot through and went on to take the win ahead of Marc Beltman and Ian Seltner. Alain picked himself up, headed back to the paddock, where he supervised repairs to the bike and was back out later that afternoon where he took second place in the 500cc group two race. On Sunday he managed another second place, this time in the IHRO race two and then on Sunday afternoon he took a thrilling win in the 500cc group two race ahead of Herman Verboven and Jeffrey Vermeulen.