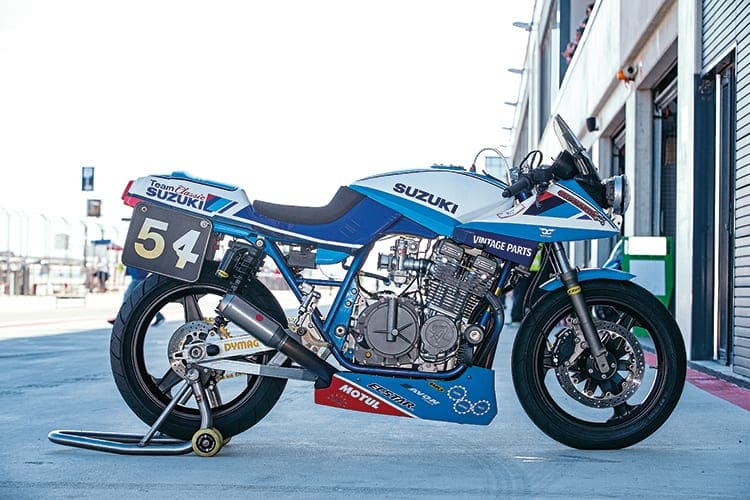 There’s an understandable beam of pride that comes from Tim Davies and Nathan Colombi when either of the two men talk about the Suzuki GB/Team Classic Suzuki Katana race bike – and it could be because that, despite what you might think when you look at this ‘factory’ race bike, this has been something of a labour of love.

And Suzuki Vintage Parts Programme. There’s quite a bit of that in the big bike, too.

But before we get into the actual budget for the racing and the reality of how such things play out in the season of Endurance eventing, let’s begin with how the project came about in the first place. Tim (his day job is Suzuki GB aftersales marketing coordinator – his hobby, currently, is building his own Suzuki RGV250 special) explained how the idea to go Kat racing came about: “We sponsored an event in 2015 with the Endurance Legends people at Snetterton, we were the main sponsors, and they said: ‘Look, we’re gong to do this again, would you be the sponsor again?’ and we thought – you know what, let’s be the sponsor and let’s also put a team in. And that’s what got the ball rolling.