Simson AWO machines will make their first UK appearance at the CRMC at the Donington Park Classic Festival over August 4-6. 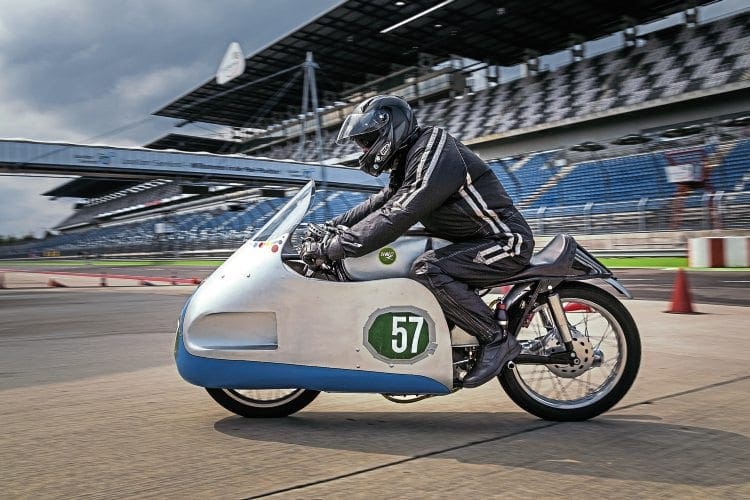 The Rennkollektiv Simson will travel from Saxony, in what was the former DDR, to bring the rare motorcycles to race and parade. Only 15 such race machines were ever produced for sale, together with another handful of works machines which were exclusive to factory riders.

The bikes, which date from 1952 to 1955, are 250cc and 350cc single-cylinder four-strokes, with shaft drive and four-speed gearboxes. It is hoped that 10 machines will be present.

The Simson factory started in 1856, producing everything from hammers to prams, bicycles, clip-on engines for bicycles, rifles, pistols, quality cars and of course motorcycles. Simson became known in the UK for the 50cc range of two-stroke machines, but the four- stroke machines were never sold here.

Although the factory went through many changes it was the Soviets who decided that Simson should produce four-stroke machines, under the then Soviet name of AWTOVELO (motorcycle) which was abbreviated to AWO, which is what appears on the tanks of these racers.

Accompanying the Rennkollektiv will be Stromhardt Kraft, a MZ125 RE racer from the classic 1960’s era and competitor in over 70 international races.

Read more News and features in the May/June issue of CR – on sale now!