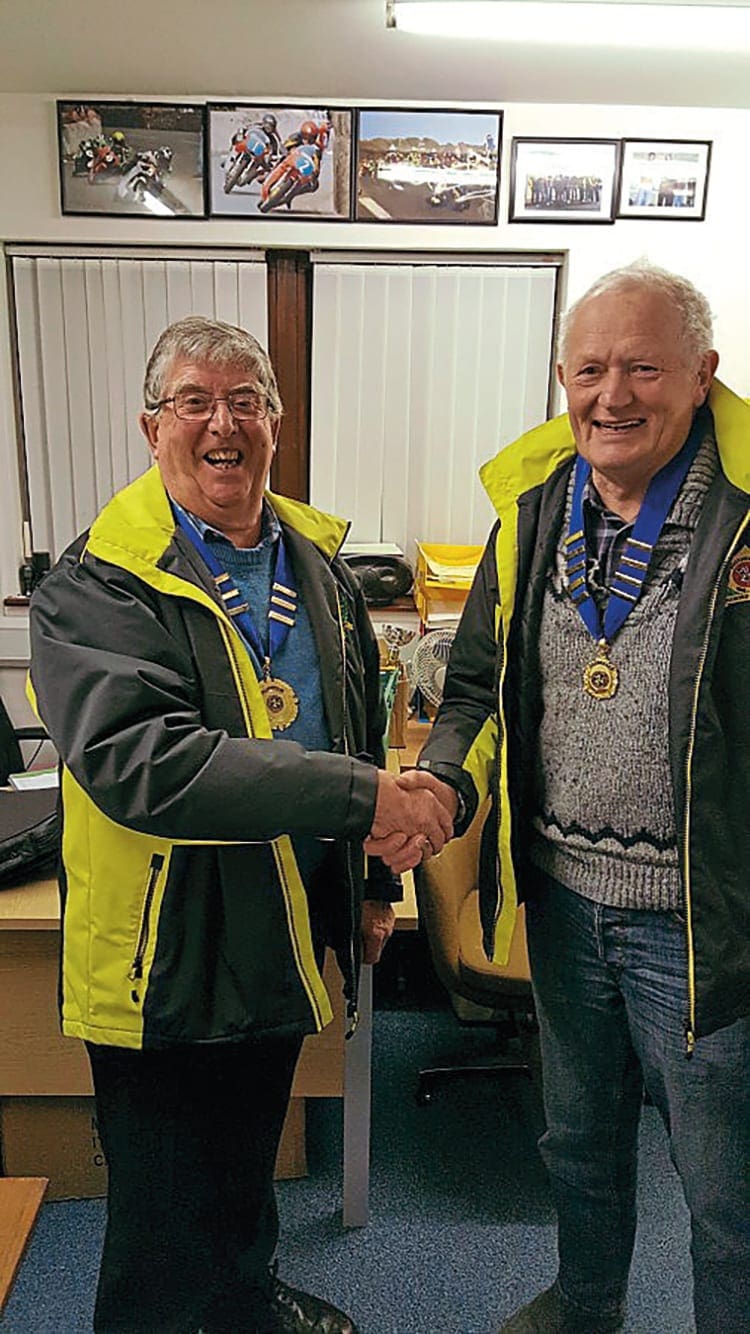 Southern 100 Racing’s long-time club and race Secretary, George Peach, has been made Chairman of the organisation. George becomes only the sixth Chairman of the ‘friendly races’ since the event was first run in 1955.

Other officials elected for the year were Treasurer, Richard Haddock and Rachel Palmer as Club Secretary.