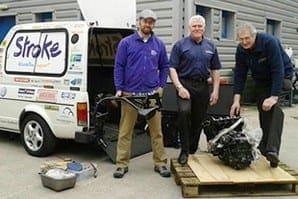 Taking full advantage of the presence of the FIM timekeepers, over in the US for the Grand Prix, Mike eventually persuaded MV, which was initially reluctant to risk the machine, to go for the six-year-old record, which was held by Bob McIntyre and Gilera.

On Sunday morning, before the second day’s Grand Prix classes took to the Florida racetrack, Hailwood took the 500cc MV out on the two-and-a-half-mile oval.

Gradually building speed, until he was lapping comfortably at 145mph, Mike continued to lap for an hour, until his father Stan held out the signal to confirm that the record had been achieved at an amazing 144.2mph.

The full story of the United States Grand Prix features in our bonus archive eight pages in the March-April issue of Classic Racer.