Moto Guzzi built a total of six complete 500cc V8 motorcycles, and while these differed slightly in design, they all had the same incredibly compact dry-sump water-cooled engine architecture, measuring 44 x 41mm for a capacity of 498.73cc (interestingly, Honda adopted the same dimensions for its 250 four the following decade).

The two banks of cylinders were set at a 90º included angle on a one-piece cast magnesium crankcase, which also incorporated the unit-construction gearbox with gear primary drive. And in a far-sighted move copied by Ducati 30 years later in producing its first 851cc V-twin Superbike engine, the crankcase casting also featured a ribbed 40mm diameter bronze-bushed pivot to house the rear swingarm to increase stiffness and save weight. 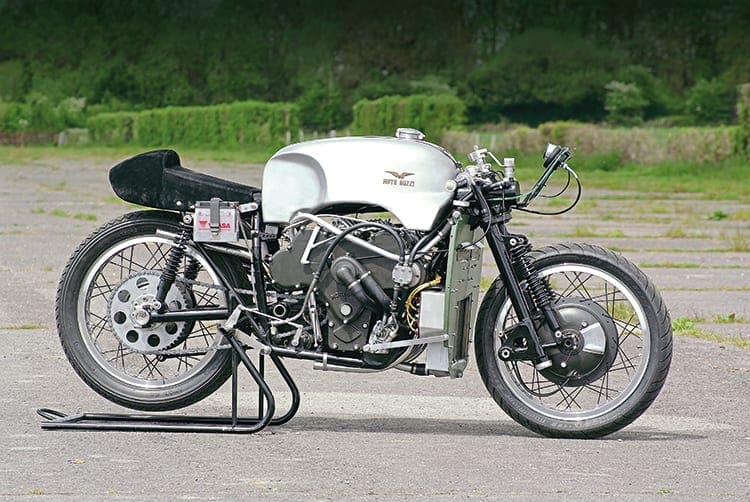