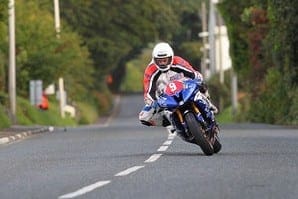 The new status means that competitors from countries such as Australia, New Zealand and the USA can now compete on their own federation licences. They previously had to hold an ACU, SACU or European licence and therefore be granted licences through other country governing bodies before they were able to compete in the meeting.

The growing International profile of the Manx Grand Prix was reflected in the 2012 meeting, which saw competitors from a number of international countries competing for the first time on the Island.

Over fifty newcomers participated in the three newcomers races in 2012 with riders from Sweden Czech Republic, Finland, Netherlands, France, Denmark, USA, Germany, Austria, Faroe Islands and Belgium all taking to the mountain course for the first time. Kamil Holan, who won the 'Newcomers A' race, was not only the first Czech Republic winner but also the first non-British, Manx or Irish rider to win a modern race.

Harvey Garton, Chairman, Manx Motor Cycle Club commented: "We are delighted that the meeting has secured FIM international status as it will now make it easier for competitors outside the core European countries to participate in the meeting under their own federation's licence. The growing international profile of the event means that we are receiving more and more enquiries from competitors outside the usual participating countries and this new status will make it easier for them to compete."