Having through the years renovated a lovely 16th century Tudor house near Lingfield, Surrey after the competitive part of his career, John now built up a property business, while devoting time to motorsport consultancy, and restoring many of the motorcycles and cars he’d collected or had on loan that were associated with his long career. 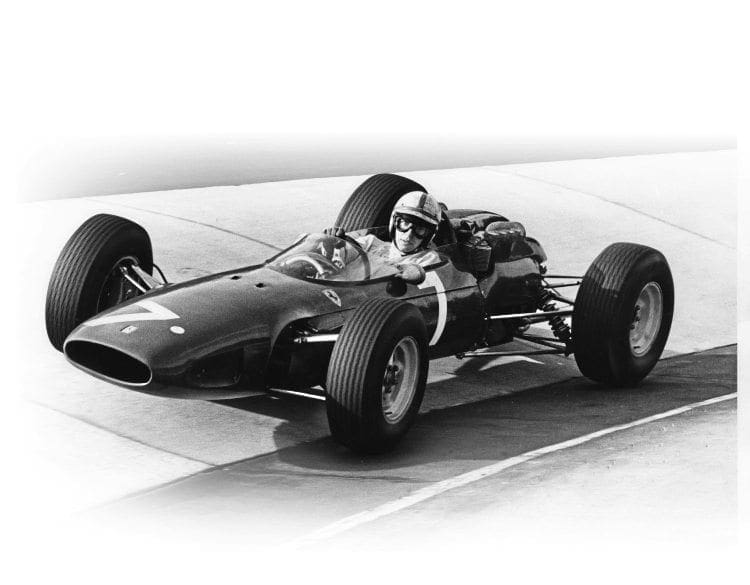 He enjoyed demonstrating these and other classic machines at numerous events all over the world, but especially at the annual Goodwood Festival of Speed, where he rode BMW motorcycles and drove Mercedes-Benz cars alongside Nortons and MV Agustas from his own stables.

Motorcycles remained his first love, and with the advent of Historic GP racing, John Surtees renewed his racing licence for what proved to be his final competitive event, the 1986 French Historic GP at Paul Ricard, run as a support race to the 500cc French GP. In that he finished third on his Manx Norton behind American Dave Roper and Kiwi former World Champion Hugh Anderson, both on Matchless G50s. After that he decided to hang up his helmet for anything except tests and demos, though it didn’t stop him from sampling Wayne Gardner’s factory Honda NS500 two-stroke triple at Snetterton, and impressing Honda race engineers with his perceptive questions and grasp of detail.

John Surtees was married twice, first to Patricia Burke in 1962, the couple divorcing in 1979. His second wife was Jane Sparrow, whom he married in 1987, and with whom he had three children, Leonora, Edwina and his only son, Henry, who followed his father into motor sport. Henry Surtees finished second in the 2008 Formula Renault UK Championship before he tragically died in a freak accident in the Formula 2 Championship race at Brands Hatch in July 2009, when a wheel from another car became detached in a crash and hit him on the head. He was just 18 years of age. John founded the Henry Surtees Foundation in his memory, to assist those with brain or head injuries.

Read more in the May/June issue of CR – on sale now!