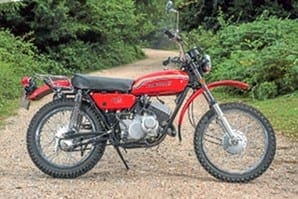 The earlier sunshine was a distant memory and with wet roads between Milntown and the Mountain Mile it meant that Clerk of the Course had little option other than to declare the session untimed.

Whilst Cheung Wain On was finally able to complete his newcomers controlled lap on time, the main start was delayed until 7.15pm and when it did, all the expected front runners were nowhere to be seen as they had to switch from the Superbike machines they were so desperate to get out on to more suitable Supersport or Superstock machinery.

So it was Ivan Lintin, on the 600cc Taylor Lindsey Kawasaki, and Josh Brookes on the Tyco Suzuki who were the first to leave the line, the latter becoming the first newcomer for a long time to lead a session away. Other riders well to the fore included Robert Wilson, Paul Owen, Grant Wagstaff, Jamie Coward, Rob Barber, Ryan Kneen and Derek Sheils. However, with stationery yellow flags being displayed for almost a third of the lap, it was clear the riders would be doing nothing more than sighting laps.

Before long though, reports around the course were that the rain showers were increasing in frequency with Ballacraine onwards now seeing wet roads and yellow flags prominent. Indeed, most riders pulled in after one lap citing conditions although some did continue for two, primarily notable newcomers Brookes, Raphael Paschaolin, Horst Saiger and Sam Wilson. Cummins and Rutter also put in two laps whilst McGuinness had intended to do likewise until pulling in at Quarter Bridge.

At 8pm, it was the turn of the F2 Sidecars who were getting their first track action since Saturday and all of the crews took full advantage of the time allotted, despite the still inclement conditions. The only exception was Dave Molyneux/Patrick Farrance who decided not to participate and whilst a few of the teams did put in two laps, many, like the solos, just opted for a solitary lap.