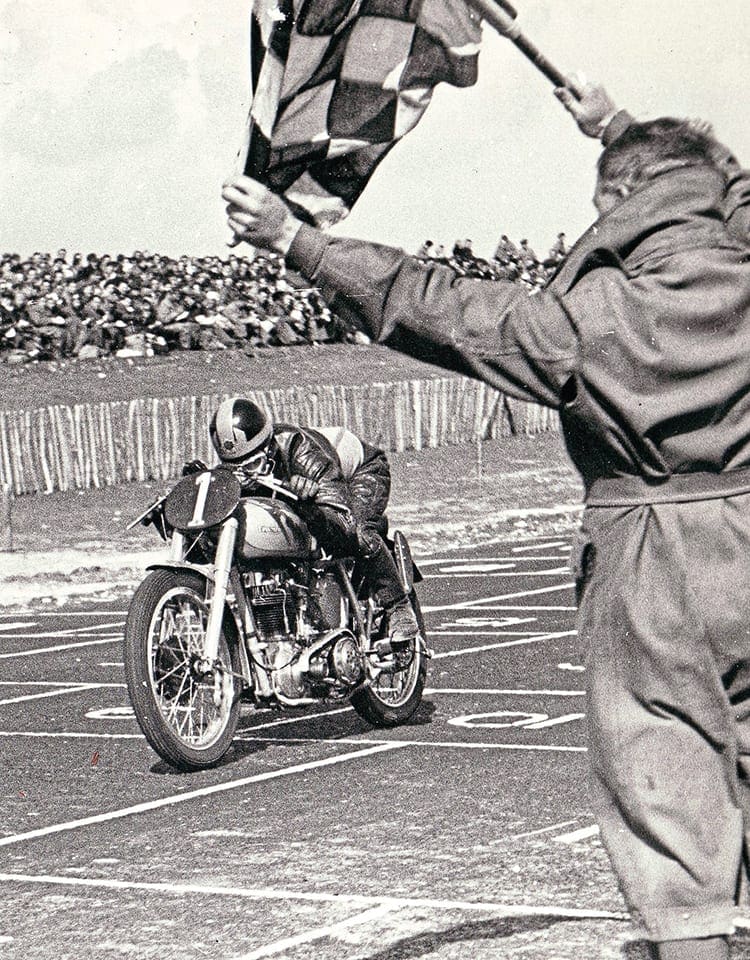 The funeral has taken place at Poole Crematorium of H A (Harry) Pearce, the very first motorcycle road race winner at Brands Hatch, who passed away peacefully aged 94, after a short illness.

Originally from Surbiton, Surrey, he was a regular trials and scramble rider before he took up road racing in 1948 in the MGP. He became a very successful performer on his home prepared Triumph and still holds the 250 outright records on grass at Brands. After winning the first Brands road race on tarmac he was to define his place in history beating a young John Surtees, both on Triumphs.

Harry went on to be known as one of the most consistent 350cc finishers on his Velocette MkV111, winning the 1952 North West 200 and he was second the following year to Bob McIntyre by less than a second. He won the Clubman’s prize on the Tommy Atkins Manx Norton in 1952 finishing seventh and fifth in the Junior on the Velo. Harry went on to ride both Matchless and AJS until 1955.

Harry hung up his leathers, sold the MkV111, and carried on working for C T Atkins but in car racing. Harry was to become mechanic to young Bruce McLaren and later production manager at the factory.

Donations in his memory can be made to the TT Riders’ Association (Isle of Man Charity No 546), of which he was a founder member.