Like something from a Hollywood blockbuster, what a guy from New Zealand managed to make went out on track and stunned the racing world. This is the story of that motorcycle.

If you wrote this as a fictional story for the big screen now, people would probably say it was too far-fetched a raving fable. But this was as real as it gets. 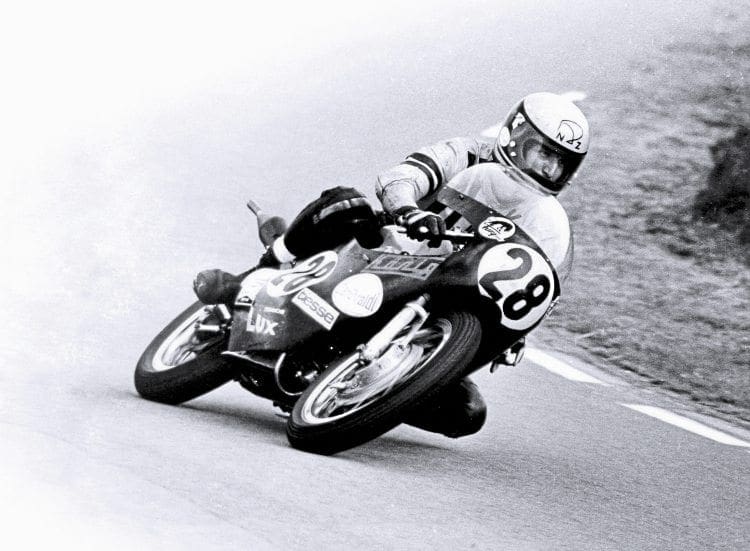 In the early 1970s Kim Newcombe developed a 500cc outboard engine inside a self-designed frame. Working in a small workshop in Germany and against the odds, the Kiwi’s plan worked. And won a 500cc Grand Prix.

Newcombe was an incredibly talented New Zealander. Already an accomplished motocross rider in NZ and Australia, he landed a job in Berlin with the Konig outboard engine factory in 1969, and found that a local had unsuccessfully tried to fit a Konig 500cc motor into a Manx Norton frame. He took up the engineering challenge and then had to learn to road race to develop the Konig 500 himself.

His riding experience and engineering work developed in parallel to the point where Newcombe stood on the World 500cc podium on two occasions in 1972. The Konig factory sold a number of examples in kit form to privateers.

By the 1973 season the Konig 500 was more reliable and faster in a straight line than the factory MV Agustas of the great Giacomo Agostini and Phil Read. At one point during 1973 Newcombe actually lead the world 500cc championship! Newcombe and his low-budget effort split the MV Agusta team by the season’s end to finish second in the championship to Phil Read, and ahead of Agostini.