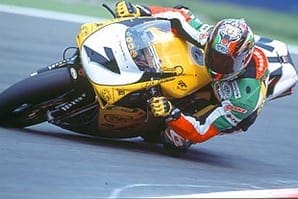 Impressive statistics, yes,  but more than that, Pierfrancesco Chili – known to all as Frankie – has captured the imagination of motorcycle racing fans like few others and has built an army of followers that rivals motorcycle sport’s most-famous ever names.

Once asked about his universal fan base by World Superbikes, Chili said: “I think it is because I was like a normal person. When I won it was for all the people, not only for me or my team. I think people like me because I gave back to people some good emotions. Sometimes I pushed a little bit too much and fell down, but that was my style – I did not make so much calculation in my races; I wanted to just win!" 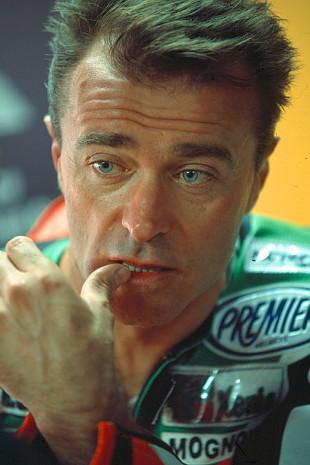 If anyone was in any doubt about what makes this likable Italian so popular then there it is… win, lose, crash or draw, he was always pure box-office and he was certainly a man of the people.

This October 18-19, at the Carole Nash Classic Motorcycle Mechanics Show at Staffordshire County Showground, Chili will take his place as the event’s special guest of honour, spending the weekend meeting fans, presenting awards and talking on stage about the most memorable experiences from his life and career.

Competing from 1986 to 2006, Chili raced for the biggest names in the business including Honda, Suzuki, Yamaha and Ducati. With the event leaning towards the emerging modern classics of this era from manufacturers of this ilk, Chili is perfectly poised to lend a fascinating insight into the racing scene of the time.

Exhibition manager Nick Mowbray spoke of his delight at securing Chili for the event: “We are excited to have confirmed someone as popular as Frankie for the October Stafford Show; he’s an icon and much-loved by racing fans.”

With just over four months until the event, the finishing touches are being made to the line-up which will bring together its usual excellent blend of traders, dealers, manufacturers and autojumble plots, along with stunning display machines, live action, club exhibits and the Bonhams autumn sale.