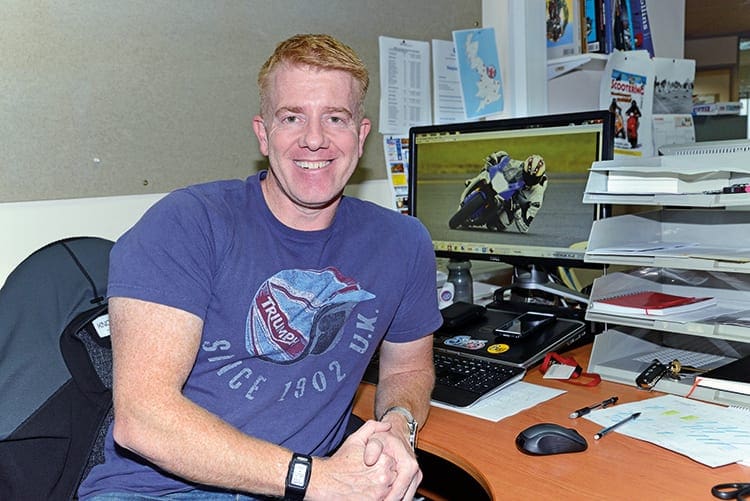 The past few weeks have seen me attend several meetings with some major players in the racing world .

You may be surprised to hear not much of what was discussed centred around modern, flashy racing. What was the hot topic of conversation was how ‘modern’ classic racing could be used more and expanded upon.

You see, what these people in charge of places that hold races want is people like us. We’re a very wantable (I know, not a real word) resource.

Apparently, what we do in a much more serious-yet-still-friendly-and-largely-open way than others who like motorsport is very nearly the ideal race weekend for organisers and venue hosts.

We turn up, we have a few people with us. A lot of our friends and family turn up. We draw a good crowd too. We spend money. And somewhere along the line we haven’t forgotten how to have fun. So there’s a lot of smiles going on, which makes the whole shebang a thoroughly pleasant experience.

Now, I know none of this is earth-shattering news, but writing as someone who has spent the last 25+ years in paddocks around the world I can tell you it’s not that often various people from different avenues of racing independently say the same thing. They want more classic racing.

What’s caused this? The success of recent events like Endurance Legends and the publicity that followed has been a big impetus in getting things moving. And there’s also an element of cost, too.

If you want to run a WSB or MotoGP round then you’ve got to get spending… and then turn your eyes to clawing back as much of the money as you’ve just splashed out from the attending crowds. Good luck with managing a profit, by the way.

But here’s the thing. If you can provide a motorcycle race series at a big venue then you might just get a good, large crowd. Promote it properly and you could get a similar number of people as you would for, say, a WSB or MotoGP round. You’ve not had to splash out a big pile of cash to host the event, so what you end up with is a nice bit of profit from ticket sales, digital TV coverage (I’m guessing). It’s a win/win.

So you start with one round a year, that grows into two and then three. Before you know it the biggest single revenue stream for big circuits is the classic racing scene. And with more venues, bigger crowds and easily accessible fun you get more people taking part.

We’re on the cusp of something, and might all benefit if we could get some more of the top brass all around the same table for a pow-wow. What do you think?

Have a fast lap.