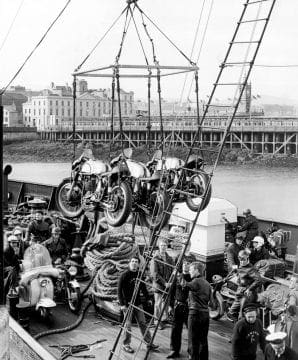 The Isle of Man is reliant on the services of the Isle of Man Steam Packet Company to transport the vast majority of the Island’s needs, not least the tourists that flock to Mona’s Isle, especially for the TT and Manx Grand Prix.

Speculation was that TT 1966 promised to be a memorable one, and Motor Cycling’s headline in May proclaimed, ‘TT Week Attracts a Record 499 Entries.

All classes had record entries, with the six-lap Junior race boasting 114.

Read more in the May/June edition of Classic Racer