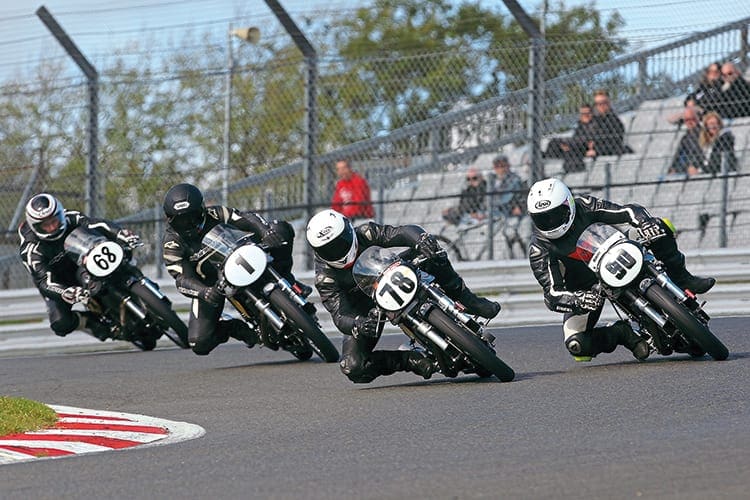 Donington Classic Motorcycle Festival
The future of the display bike parade at Donington Park Motorcycle Festival has been assured by MSV, the new leaseholder of Donington Park. However, the Paddock Suite, previously used to exhibit the display bikes, has been transformed into a new restaurant leaving the display in need of a new home. If anyone would like to sponsor a marquee in the paddock to display the bikes please email CRMC‘s vice-chairman John Davidson on john.davidson@crmc.co.uk

Team Minnovation News
Team Minnovation are putting all their efforts into the 2018 ACU Championships, with a three-man team in both the ACU Classic 500 and ACU Post Classic categories.

Team members Lee Hodge, Mark Cronshaw and Joe Barton will each have a Minnovation Seeley G50 for the Classic 500 rounds, whilst in the Post Classic races Lee and Joe will ride 1260cc Minnovation Kawasakis and Mark will campaign the Team TZ350. Additional support in the shape of Phil Atkinson on the Minnovation TZ750 will be at four of the seven rounds that do not clash with his BSB commitments.