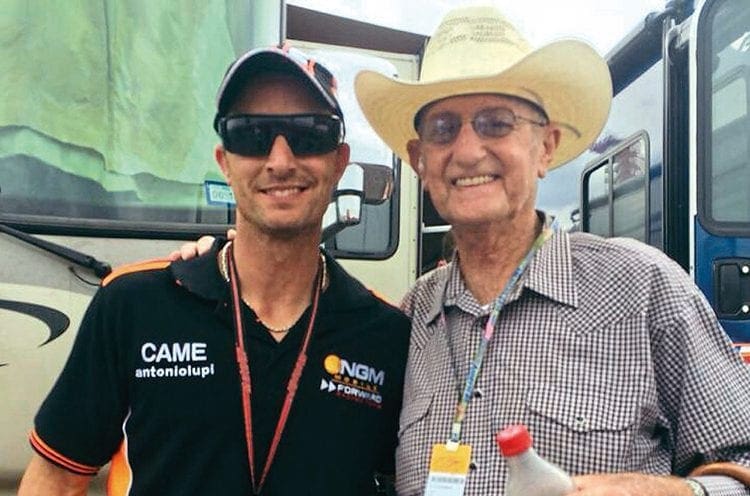 Colin, first and foremost a proud dad and grandpa who loved being close to his family, travelled the world in his early years, living life to the full while working in the oil fields.

After he met a Louisiana girl, Eva, he moved to Houston and got married. Colin was a go getter that stopped at nothing to see his kids succeed. If it was broke, he’d fix it. If he was broke, he’d find the cash to make it happen. He loved bringing his kids to motorcycle races in the 1980s and 90s, chasing the dream.

After a liver transplant in 1995, at the age of 50, he slowed down a bit, but he still found the strength to fly all over the world for the next 15 years to see his son, Colin, race.

During these travels, he never met a stranger, handing out free passes if he had them, and he loved spending time chatting with crew and race fans. His mobility became more of an issue in later years and social media became his new way to communicate with race fans.

Colin Senior, as he was known, was diagnosed with an inoperable brain tumour in 2016. His wish was that his passing be celebrated in a big party at his son Colin’s race school ranch; something that I’m sure was honoured.