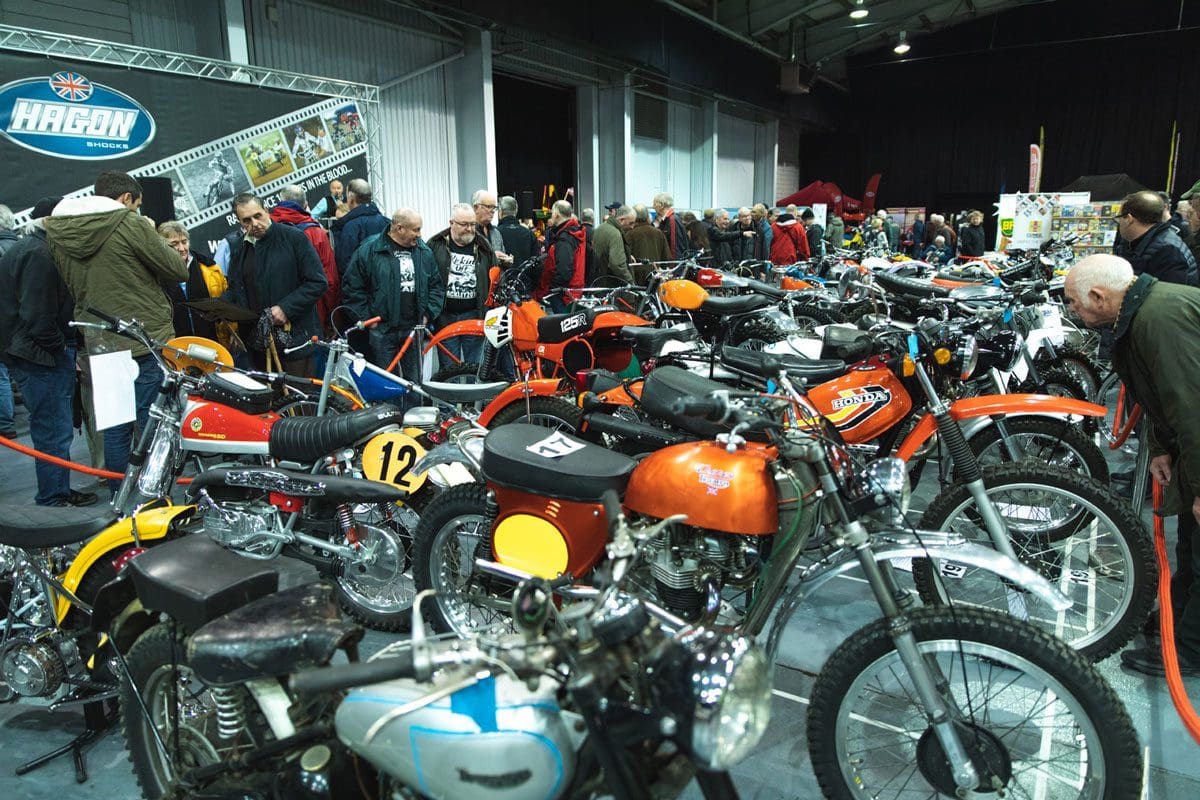 The event which gets the off-road season off to a flying start is well-known for the astounding range of motorcycles on display from across the UK, and 2022 will be no different!

Back after a year’s Covid-imposed exile, The Classic Dirt Bike Show sponsored by Hagon Shocks has secured unique machines and restorations for the event held over the weekend of February 12-13.

Peter Hannis, founder of the Crazy Toyz Workshop in Gloucestershire, brings to Telford a quartet of the most unusual bikes you could ever imagine. First up is a 1940s cement mixer-engined special, with its fuel tank on the engine, finished in steam punk style! “It’s a bit slow” said its builder (do you get the pun), whose previous builds have included a Reliant-based road legal speedboat – which gained national press recognition in The Sun newspaper – and an award from Tango for the most eccentric Brit.

Next up is a Bultaco trials bike, powered by a 700cc two-stroke sidecar engine which has still got some minor teething troubles. Ex firefighter Peter’s latest project is a 750cc off road Trike powered by a Katana four-cylinder motor in a modified Bandit frame, with a Yamaha Tri –Z rear axle and off-road wheels. On this, the 2004 British sidecar enduro champion competed in the Malle Mile offroad sprint races, which is held each July in the grounds of Grimsthorpe Castle, Lincolnshire. It was undefeated throughout the day, winning the sprint final. 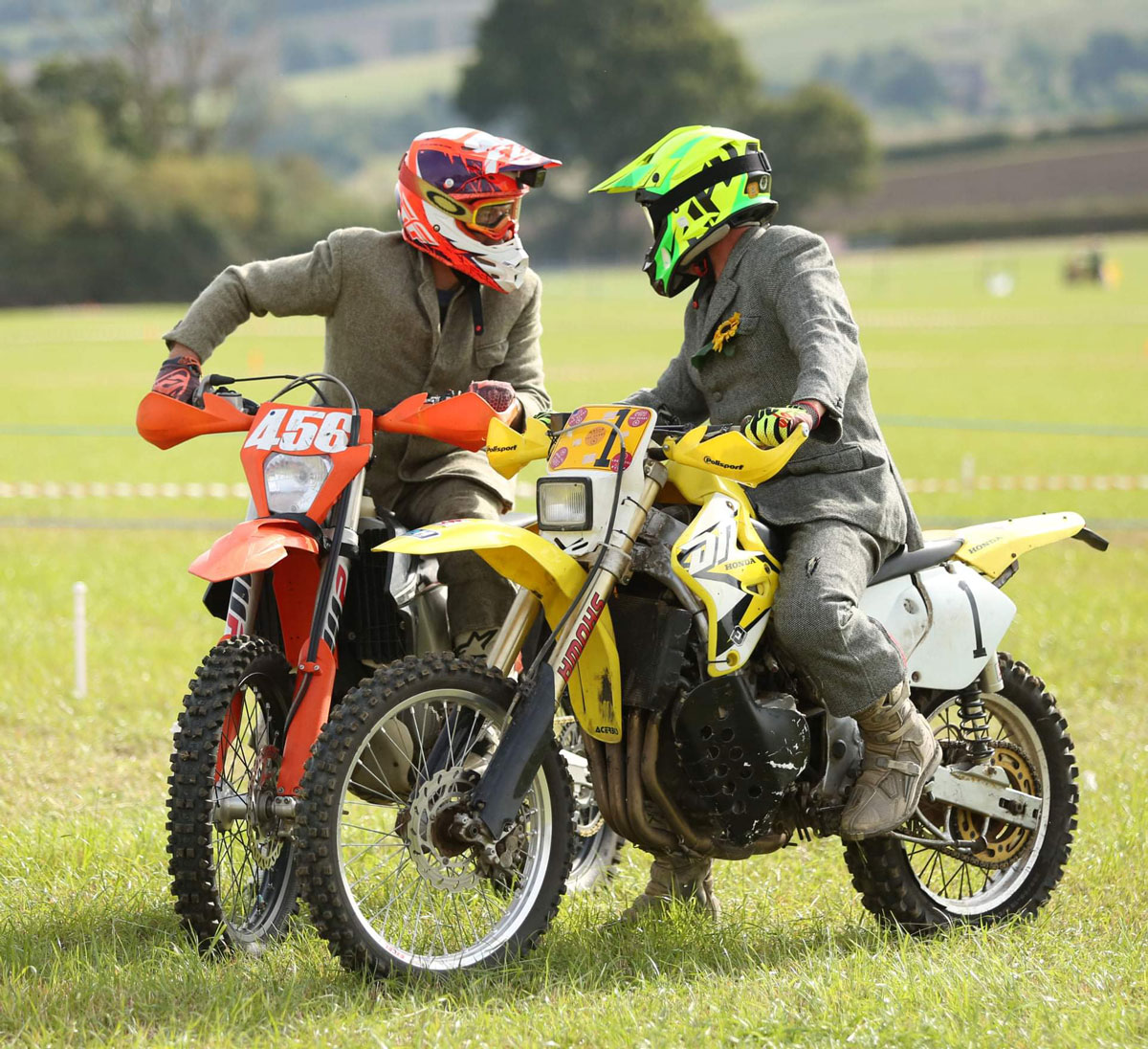 Finally, have you ever seen a four-cylinder CBR 600cc F3 Dirt bike with an RMZ 450 Suzuki scrambler front end, converted to twinshock spec and using a KTM rear wheel? Well, this MISSILE was put together for the Blue Grass Scramble at Little Comberton Worcestershire, not too far from Peter’s base. While it wasn’t the quickest around the corners, when it came to the straights it left its rivals eating its dust.

A race win earlier in the year at the Helter Skelter Hill Climb in deepest Devon was also achieved as the CBR simply flew up one of the steepest hillsides in the country.

If you go to a meeting you can’t miss Peter and his pal Paul Biggs, as instead of wearing the usual motocross gear, they turn out to race in vintage tweed suits! Well, what else would you expect from an eccentric? 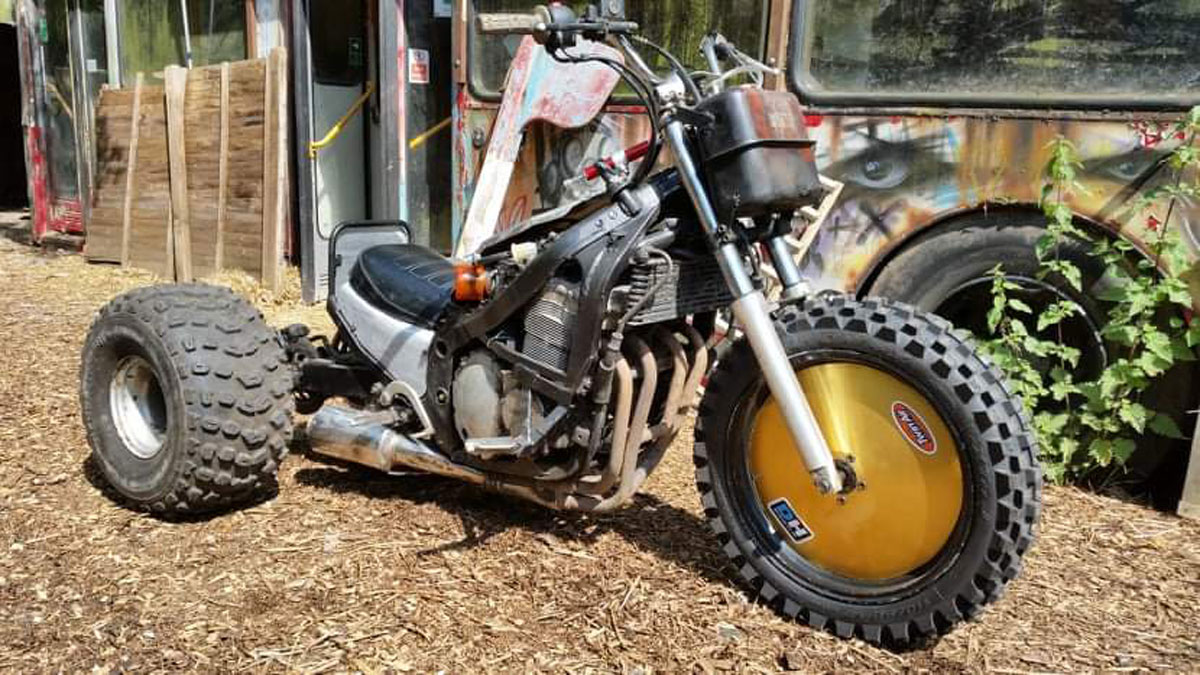 Another new stand for Telford, and also arranged by show consultant Alan Wright, is for Royal Enfield. Alan has gathered nine Bullets and Crusaders, including the Bullet put together by the late and much missed Jim Pickering. The Black Country’s John Richardson put together two Enfield Bullets (one is dead original and one highly modified) that he rode regularly and John’s son Andrew and Gloucester’s Steve Allen are bringing them both along.

Johny Brittain, a lifetime Enfield man who died last year, was the winner of countless national trials in the 1950s. His younger brother Pat was also a National trials winner in the 60s and is coming to Telford with his Enfield riding son, Ian, to meet old friends.

If you would be interested in displaying your bike at the show, please complete the form on the Classic Dirt Bike Show website.

For further details about the Classic Dirt Bike Show sponsored by Hagon Shocks, and to order your advance tickets, please visit www.classicdirtbikeshow.co.uk