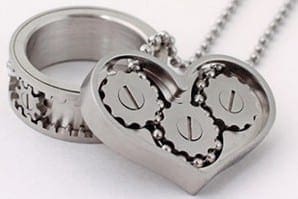 I really enjoyed the Dave Morris piece in the current issue of Classic Racer about BMW’s ‘forgetfulness’ in their PR for Michael Dunlop’s TT wins this year, but surely you too have forgotten something?

If memory serves (not too well nowadays if truth be told!) John McGuinness added a further BMW TT win in the Singles Class in 2000 with Jason Griffiths coming in second on the other Chrysalis bike.

While writing to you, may I also put in a request? As someone who raced both a 250 and 350 Aermacchi in club racing in the early 1970s could we have an article on those great little bikes, nowadays sadly forgotten or ignored?

My 344cc engine was rebuilt for me each winter by Francis Beart and it never missed a beat.

I remember the first race of the season one year having a bit of bother cutting out at the hairpin at Lydden and in desperation feeding tuppence in coins into the phone box in the paddock to ask Mr Beart if he could suggest a solution. ‘Raise the float chamber quarter of an inch’ came the measured response and the phone went dead!

Float raised, I gained the winner’s trophy for the under 350 class in the half hour speed trial.