Phil is a man who thrived in several golden racing periods, excelling in the days of the British big single (a TT winner in 1961 on a Norton), a multiple world champion on Japanese two-strokes, likewise on Italian four-strokes and finally a TT winner again (Honda, 1977), on the big Japanese multis.

The huge diversity of what Phil rode is in some ways a reflection of the current classic scene, where British, Japanese and Italian motorcycles coexist, all adding elements to our hobby – and all represented at the big shows, the biggest of all being, of course, this one here at Stafford. 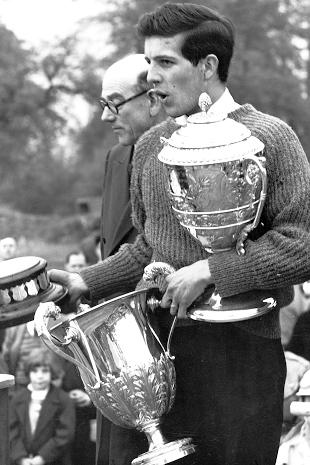 Phil will appear on stage twice each day in what promises to be one of the most interesting and entertaining chat shows seen at the show. In addition he’ll be in the Classic Racer Grand Prix paddock twice each day to sign memorabilia for fans.

One highlight of the Grand Prix paddock will be the sight, and more importantly sound, of the 125 and 250cc four-cylinder Yamaha Grand Prix machines, brought along by owner, and Read’s former Grand Prix mechanic Ferry Brouwer.