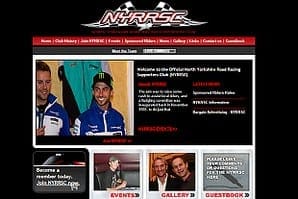 The North Yorkshire Road Racing Supporters Club's next social night is on Tuesday, April 17th and features Robin Appleyard who won the British 125 Championship on numerous occasions and also competed in the world 125 Grand Prix series for a number of seasons in a career that spanned the 80S and 90s. He now manages Team Appleyard/Macadam Racing,who have been long time front runners in the British 125 Championship and in recent years have moved into the Superstock 600 and Supersport classes.

Robin is hoping to be joined by two of his riders, Deane Brown and Kev Coglan,but this is subject to confirmation. Hosting the evening is Larry Carter.

Venue is the Golden Lion Hotel, Northallerton DL7 8PP and the doors open at 7.30pm. Chat show gets underway at 8.00pm.