Did anyone really think that even with the combination of Steve Hislop’s amazing talent and the sheer speed of the Norton NRS588 that they would win the 1992 Senior TT?

The Formula 1 saw Hizzy take a 2nd place behind Honda’s Phillip McCallen, and ready for the Senior at the end of the week, along with some modifications – most notably, the removal of the front mudguard to aid the Rotary’s cooling.

One man who did realise what was coming – eventually – was Carl Fogarty, who was racing the Loctite Yamaha OW-01 in the Formula 1 and Senior TTs. In the final race of the week, Foggy was wondering who was chasing him hard, he said: “I was trying to pull as much time as I could – and then on The Mountain (I loved The Mountain) in the Senior, it just wasn’t happening. My boards were saying ‘+0’. Pretty soon I realised Steve had clearly got to grips with the Norton. When I got into the pits, one of the crew said: ‘It’s Hislop’ and I just thought: ‘Oh f**k!’ On the roads, he was one hell of a rival…”

Rewind to how this amazing event started and Steve Hislop was laughing at the thought of racing a Norton at the 1992 Isle of Man TT: “I didn’t think that bike would last one lap of the Isle of Man, let alone six to win the Senior,” Steve recalled in his autobiography.

A British bike previously won a TT in 1961, with Mike Hailwood in the Senior: could it happen again?

Team boss Barry Symmons had to raise £25,000 to make it happen. Eventually only £20k was raised thanks to ABUS Locks, EBC brakes and some other small sponsors. Practice week would suffer changeable weather, but Steve was making progress, being clocked at 193mph at Sulby, even if the Rotary’s character of little engine braking meant allowances had to be made. 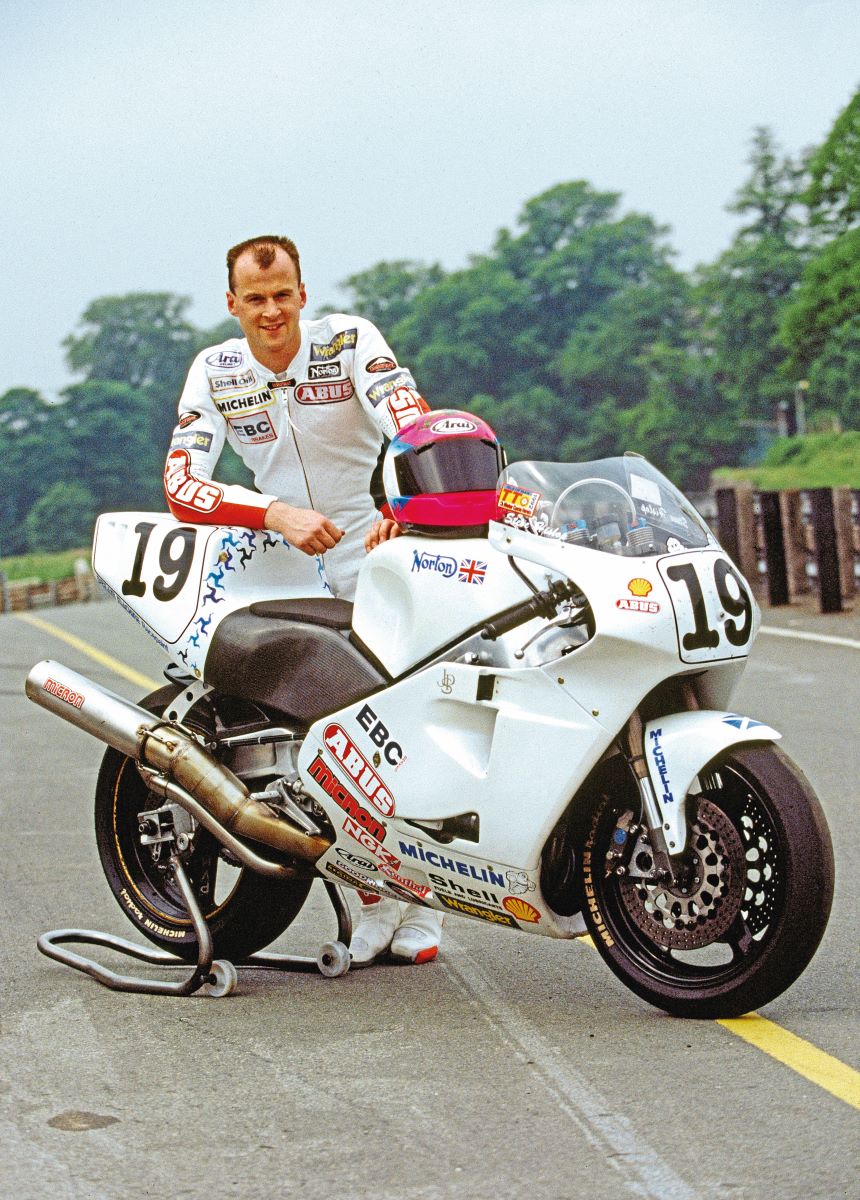 In the F1, Hizzy was trying to ride the bike flat-out everywhere, but – finally at one with the Norton – he rode a shrewd Senior race to beat Fogarty’s Yamaha, although, starting three minutes behind Foggy, it took some time to sink in.

For Steve, his team and the patriotic spectators it was a water-shed moment. Despite only having eight laps on the bike at Oulton Park prior to the TT, he’d done the impossible. It wouldn’t be until 2003 that a British bike – a Triumph Daytona 600 with Bruce Anstey on board – would win another TT race.