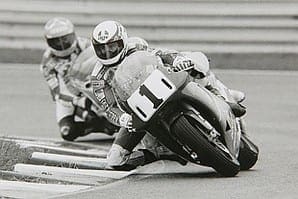 The historic occasion will be part of the Bikers' Classics event which begins tomorrow – June 29 – and concludes on Sunday.

Detroit-born Polen made a name for himself as a wild card rider at the 1989 Japanese Sugo world superbike round by winning a race riding a Suzuki. Two years later he defeated reigning champion Roche in his first full world superbike season, winning 17 out of 24 races.

In 1992, Polen made it two in a row by winning nine races in his trademark smooth riding style. One of his wins was at the Francorchamps circuit on May 24. He then returned to the AMA Superbike Championship to clinch the 1993 title.

After signing for Honda, Polen rode an RC45 in the Superbike World Championship again and finally put an end to his international superbike career late 1995. His pedigree shows a highly impressive 27 wins and forty rostrums in just 80 races.

The double superbike world champion then set his sights on the World Endurance Championship and turned that into a success as well. Polen was crowned world champion in 1997 and 1998, racing for Suzuki and Honda respectively. The racer also won the famous 24 Hours of Liège on the Spa Francorchamps circuit in his championship years.