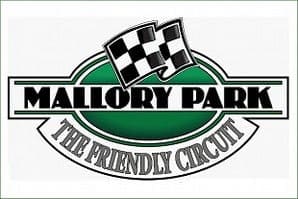 Mallory Park has been operating as a motorcycle and car race circuit for many years and has much history attaching to the circuit. In 1985 a highly restrictive Noise Notice was attached to Mallory Park Motorsport Limited ('MPML') embracing all circuit activities but, significantly, a number of the provisions within the Notice were very much open to interpretation.

MPML has enjoyed a long and fruitful relationship with Hinckley & Bosworth Borough Council over the years and a level of understanding had been established to work within the 1985 Notice. Regrettably, however, this arrangement was placed under scrutiny by local residents some of whom were new to the village, who made representations to HBBC to apply the rigid interpretation of the 1985 Notice.

MPML and the local authority worked extremely hard with the residents to find a compromise solution but, unfortunately, the council decided to prosecute MPML on five charges of the Notice during 2012 which involved operating on a Saturday over and above the four days agreed in the Notice. The court hearing took place in August 2013 and ruled that MPML was guilty of this breach on the five occasions, but MPML was given the right to take the establishment rights of the 1985 Notice to a higher court.

The immediate implication of the Court decision was to oblige MPML to  observe the provision of the 1985 Notice, which allows only for 40 days racing on Sundays  per annum (but with a dispensation to allow four Saturdays per annum) and testing on Wednesdays. MPML was accordingly obliged to cancel all track day operations, resulting in a significant loss of income  (a situation also felt by local businesses and local employers) and use of the track for local community activities – young driver training etc. Overall, the imposition of such restrictions has inevitably led to MPML having a financially unstable business plan.

Following the Court case, MPML immediately implemented the highly  restrictive conditions of the 1985 Notice, thus effectively reducing the circuit activity to two days per week. Significant losses were being incurred which no business can sustain. It was clear that a more dynamic approach needed to be taken to overcome the significant hurdles and two weeks ago MPML developed an innovative three stage Recovery Plan to take Mallory forwards which would hopefully meets the wishes of the residents  and form the basis of a viable business.

Very constructive dialogue was held with the Leader of HBBC and senior officials and we were receiving very encouraging reactions from them to the Plan. A fundamental component of the Plan  was the agreement of the Land Owner to reduce the annual lease rental, which had risen by over 40% over the last eight years and had reached untenable levels. Very regrettably, despite intense work by the MPML board, the Land Owner – Titan Properties Ltd – refused to make a substantive offer to allow the Recovery Plan to proceed.

British Automobile Racing Club were keen to support MPML (and did so up to the final race meeting yesterday by paying for certain essential supplies allowing the meeting to place) and indeed would have supported MPML to ensure all its trade creditors were paid. To that end, it needed the support of the Landlord with a sustainable rent but, regrettably, this was not possible to achieve.

Accordingly, having no firm visibility into 2014 and beyond, MPML directors had no option but to place the company into Administration.

The administrator, Ian Robert of Kingston Smith & Partners LLP, commented: “I will be working with all the stakeholders to ensure that Mallory Park will see racing again. I hope the administration process can assist in finding a solution which will be beneficial to all parties concerned.”

He continued: “To that end, I will be negotiating with the landlord and the council, with the support of the BARC, to ensure that racing can be enjoyed at Mallory Park for years to come. Although it is early days, I am hopeful that, once a solution to the lease is found, all of the company’s creditors should receive a substantial dividend, which I understand is very much the driving force behind the continued support of the BARC.”

“This is a sad day for racing at Mallory Park and indeed for the local community.

As Mallory Park Motorsport Ltd (MPML) has acknowledged, we have been working constructively over the last few weeks and were very close to securing what both parties needed to achieve a viable longer term recovery plan.

As it stands, that has not been achieved because of the position taken by the landowner. However, we share the optimism of the Administrator that a resolution can still be secured and are committed to work to that end over the next few days.”