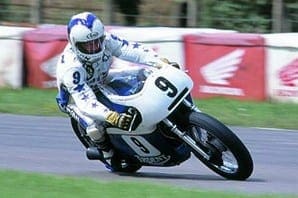 Mallory Park in Leicestershire is facing enforcement action for alleged breaches of noise regulations and its owner MPML has been summonsed to appear before Leicester Magistrates’ Court on April 19.

The firm is expected to enter a plea to five sample alleged breaches.

A crunch meeting between representatives of MPML, Hinckley & Bosworth Borough Council and residents of Kirkby Mallory who have been complaining about the noise, which had been due to take place on Wednesday, March 6, as we reported last Monday, was cancelled at short notice.

Council chief executive Steve Atkinson said: “Those who live in the village are well aware of the difficult balance we are trying to strike – the need to control the level and frequency of noise and noisy events, which has increased in the last couple of years, without putting out of business a circuit which has operated for over 50 years and has a high profile nationally and beyond. Many local businesses depend on its continuation.

“But, and this is the big issue, it must operate within tolerable noise limits. Discussions between MPML and the council went on for most of yesterday, but we were unable to reach an operating plan which the council could endorse for further discussion with the residents of the village.

“For that reason, and because there was a concern that there would be an influx of people from outside the village who wanted to protest (I am told peacefully), the liaison committee decided to cancel the meeting. I support that decision as being the right one for the right reasons, especially as feelings are clearly running high for all participants at the moment.”

No date has been set as yet for any rearranged meeting between the circuit’s owner, the council and the residents.

Mr Atkinson said: “While I have been inundated with emails from people supporting the continued operation of the track (and can sympathise with their view), I must give some priority to the views of those people who live in the village, who are directly affected on a daily basis.

“The council does not intend any of its actions to result in the closure of Mallory Park; that will be a commercial decision for MPML, but we do expect that they work towards the noise control legitimately requested by local residents, none of whom would want the circuit to close.

“The council has no confirmed knowledge of any sale of the site for housing or other purpose. Neither the Council nor MPML condone any threats of or actual intimidation, about which we have been made aware in recent days. Such activities are few in number, but of concern to the individuals involved, wholly unwarranted and against people who hold genuine views, which must be given proper airing and consideration.”

He said that it remained the council’s intention to resolve the issue through local agreement, rather than through formal action, but with talks currently deadlocked legal action was “the only means of progress at this point if the council is to properly respond to concerns raised with its officers by local residents”.