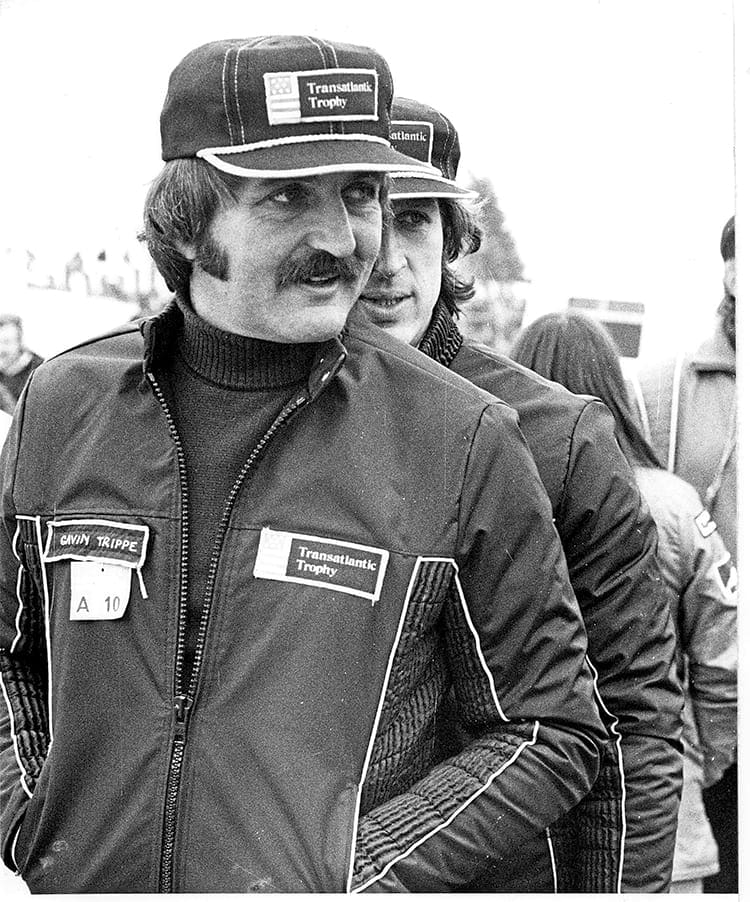 The name of Gavin Trippe – who sadly died in a California car accident on July 2 – may not be that familiar to UK motorcycle racing fans at first hearing. However, link it with the words Transatlantic Trophy and the lights of recognition will surely switch on. For more than a dozen years between 1971 and 1983, Gavin (although an Englishman) was the man that brought the American team to England for what is still one of the best-remembered race series in both UK and US motorcycling history.

He was also the business partner of Classic Racer contributor Bruce Cox for 15 years, joining him in 1969 in the start-up venture for the California newspaper Motorcycle Weekly.

Says Bruce: “I will always remember him with respect and affection as the man who gave up his hitherto ‘dream job’ as the motocross editor at MCN and moved halfway across the world, simply because he had faith in my idea. Thankfully, it was an idea that worked out well for both of us”.

Backed up by the success of MCW, Trippe and Cox started a linked business that became one of the top race promotions companies in America during the 1970s. Throughout that decade and into the next, Trippe, Cox Inc. staged the World Championship US GP of Motocross at Carlsbad, California and both National and World F750 Championship road races at Laguna Seca (which included the very first races in what later would become the Superbike class).

As well as the Transatlantic Trophy UK connection, there were other California road races, including National Championships at Riverside Raceway and the big end-of-season Champion Spark Plug 250 international at the Ontario Motor Speedway, which attracted top riders from all over the world in pursuit of the $50,000 prize fund.

Finally, there was a special event for the ABC TV network called The Superbikers. This was essentially a rally cross for motorcycles that matched the top riders from all disciplines of the sport on a track combining road race, motocross and dirt-track elements within a single lap. It became the blueprint for Supermoto racing in later years.

In 1984, the career paths of Trippe and Cox diverged when Cox moved back to Europe to pursue other publishing and TV production opportunities, while Trippe remained in California but moved out of the race promotions business and into less-risky fields of activity.

Twenty years later, however, his achievements in the field of race promotion were remembered and in 2005 he had the honour of election to the American Motorcyclist Association ‘Hall of Fame’.